My reason for chasing after God was to be the person that I never had to someone else. As a teen, I longed for someone to come and walk through life with me.

Someone who had been there before and wanted nothing more than the best for me. So, when the opportunity arose for me to be a high school girl’s group leader at my church, I immediately signed up!

Little did I know that I would find a true friend through partnering and serving.

Through the years, true friendship has been hard for me to find. I’m 28. And, I can say that I haven’t had any friends until this encounter. I was already beat down and done with trying to connect with people. Period.

God knows what you need, who you need, and when you need it.

I opened up to a group of young ladies and one of them had put a bruise on my heart. We became close and I considered her as a friend. We would do all the cute girl code things like going out to eat, having girl time, and just hanging out! There were calls for prayer in the night. We had conversations about love, spiritual, mental, and physical growth.

Everything was awesome until I vowed to be the friend who always told the truth and spoke wisdom. We both agreed that it would be an awesome standard to have until it was time to hold up that standard.

We had a disagreement.

I explained of her personal feelings (crush or whatever you want to call it) was affecting her clarity and ability to make wise decisions. I advised her to pray about what was happening and what her next steps should be.

She agreed that I was right, but honestly she couldn’t handle the fact that I called it out! So, when she stated that she didn’t even consider me a friend, while attempting to drag my character through the mud, I was devastated!

We had met through  ministry and I believed that this was a sign that she was a genuine person and she would be a true friend. Well, I was wrong!

There was some serious strife and I was beyond confused. The words that I had spoken to her stuck and had built up a stronghold in her mind. She felt like I was being mean and bullying her by not condoning her poor decisions and irrational behavior.

The things that she once admired about me were the same things she used to manipulate the situation. I was on trial because I spoke truth and she didn’t like it!

After months of processing and praying, I was frustrated with ministry and wondering why God had me going down a path that seemed so obviously barren. I still had no friends; I took another mental beating.

I was tired of defending who I was and running for the door. Never the less God told me to steadfast. I was obedient and kept walking down this path.

In Spring of 2019, I signed up to be a girls high school group leader at my church and I was praying that God would close the door. I asked God to use me to be what I didn’t have as a teen. When he delivered, I didn’t want it.

Isn’t it strange how we pray for things and when they come we don’t know how to act!

Well…I didn’t. I was nervous and scared of the church folk, because one bad apple had fell in my bag!

To anyone seeking friendship, It will come.

One day, I was approached by a young lady who was interested in becoming a high school group leader as well. She and I had crossed paths a few times while serving in ministry, but we never got too close. After exchanging numbers and answering her questions about the ministry groups, she was sold!

She was definitely doing this and wanted me to co-lead with her. I was still praying that God would close the door on ministry and move to something else, but I guess this was His way of getting me to stop fighting.

So, the group started. We decided that it would be best for us to get to know each other more and come up with a plan to handle a gaggle of teenage girls. We started talking about things we struggled with as teens, how we would want conversations to roll, and where we would meet. Well, that started a title wave of deep conversations!

We came from totally different backgrounds, but we connected through a series of unrelated events. She had a best friend who lived in town and she made the decision to start life in my city!

Her friend was moving away and she didn’t know anyone. I believe God had pushed her into this position and apparently aligned this friendship!

The day came for our first group meeting. The designated meeting place was at my house. Reminder, I don’t like people in my space, but God was working something out with this situation.

She got there early and we decided that we would always have breakfast for the girls and make sure they were comfortable. We baked muffins, had juice…

The following three group meetings were the same, but we didn’t cancel. We both wanted to be present and ready if some teen girls popped up out of the blue needing our help.

There were no teens coming , but we made the best of the time! We spent time talking to each other, laughing, and learning each other’s story. At this point, I considered her an acquaintance.

Yes, we were spending Saturdays together, having fun, but I was just too scared to call her a friend.

Then, things began to shift.

We weren’t just talking about the tv shows and our families. We opened up about our fears of life and things that we struggled with spiritually. She saw my gifts, my strengths and began to ask me how she could get that strong.

So, I began talking to her about spending time alone, working on me growing closer to God, and being the best version of me.

One weekend, I told her that I was tired and ready to walk away from all things ministry. She sat up so straight and told me I would be making a huge mistake! She knew that I had a passion for children. I was a preschool teacher who signed up to talk with teens on Saturday, and middle school students on Sunday.

She knew that I was either crazy or I was in purpose. I’m glad she went with the ladder. I knew then that this was all designed by God!

He sent someone to see me and keep me on the designated course right when I was going to walk away.

I could carry on and on with the ends and outs about how our friendship, but it wouldn’t be the point.

God knew that we both longed for a deeper friendship with Him in the middle.

I found that and a true friend!

This friend will answer my text, calls in the middle of the night and pray for me. She will call me before a tornado hits just to say, Stay put!

This friend will see me getting too close to something that may burn me and boldly say, “Nah, not today satan!” This friendship is one where I can say, “ Nah that is a terrible idea.” , and she will not get mad.

This week alone has been a time where I needed someone in my corner. Things at work have gotten tough and I was ready to run. Then, my friend came to speak life over me. My character was being dragged yet again and I was letting the enemy mentally beat me up.

She prayed for me and prayed that I make the right decisions. She told me that I was not wrong, to stand my ground, and pray!

God did a number on me during the first few months of our friendship. I had to learn the difference between criticism and someone helping me is out of love. I had to step outside myself and be open to helping someone else.

Don’t let what other people did keep you from receiving what God has!

My friend Sharryl and I haven’t known each other long, but we know each other spiritually. We walk through life together, back to back, covering one another.

That’s a true friendship that covers! 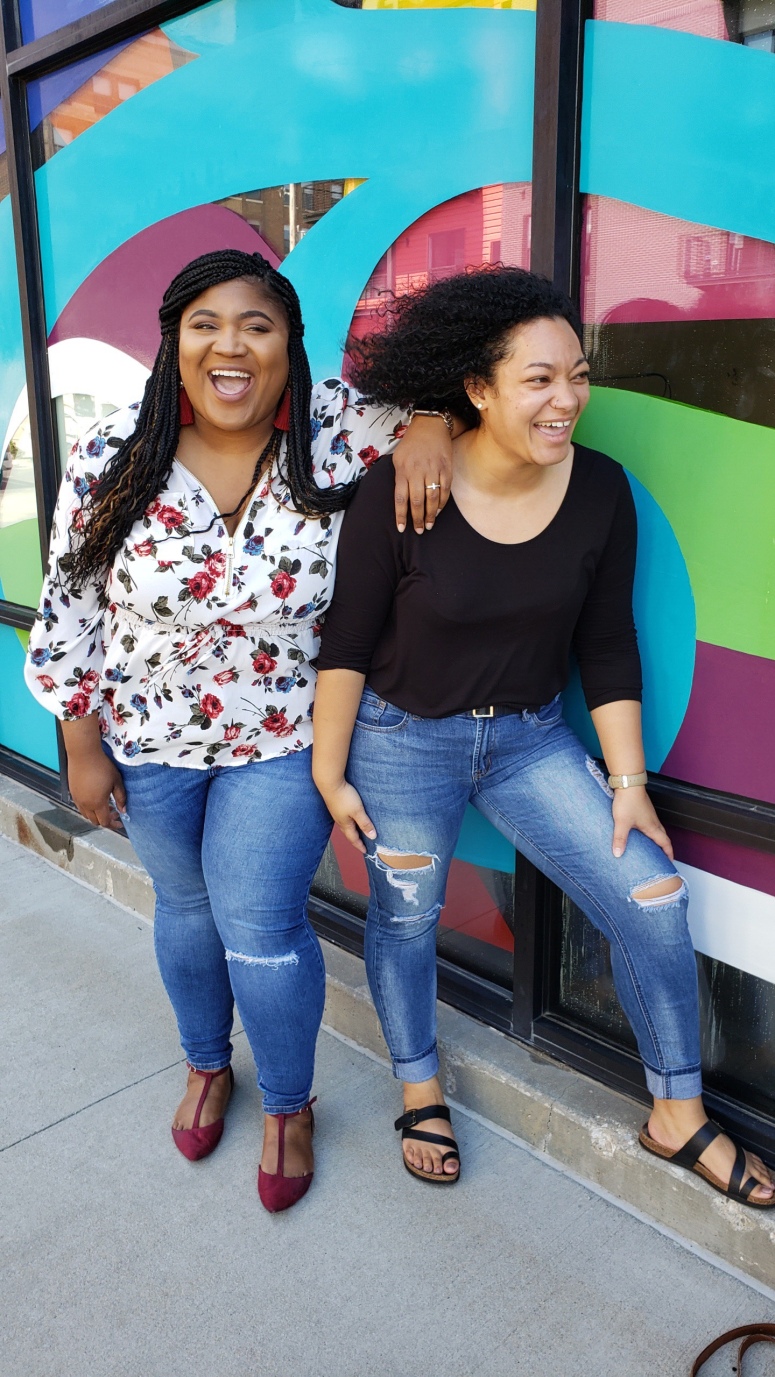 • Stay empowered throughout the week!

All social media are located at the bottom of this page!

We are so excited to hear from you!

See you next Wednesday, Honey Bunches!

2 thoughts on “A Friendship That Covers”